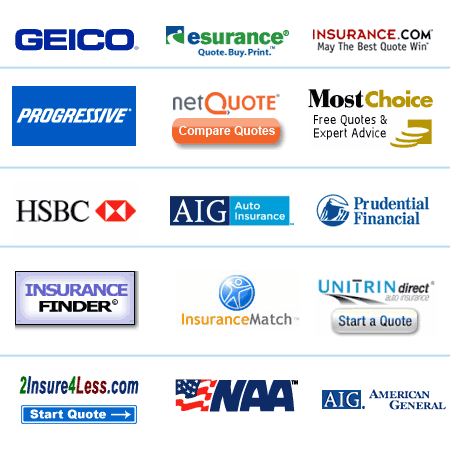 If you are unhappy with your current insurer and looking for a new one, it's important to know what the top car insurance companies are. However, in case you don't want to sign a policy with one of the leading insurers due to whatever factor (price most likely), you should at least know which ones you have to stay away from. We have identified several of the worst rated car insurance companies.

Unum is one of the nation's leading insurers, with more than $600 million in profits last year and assets amounting to $50 billion. They have a reputation of denying claims unfairly and delaying payments, and their abuses have been under the spotlight for the last couple of years.

AM Best's latest financial rating was updated from A- to A (as of January 2011) but, again, AM Best doesn't survey customer satisfaction and doesn't take the myriad of court trials and unsatisfactory claim resolutions into account.

AIG, the world's largest insurer, with more than a trillion dollars in assets and billions of dollars in profit, has a reputation of claim-handling abuses for both individuals and corporate customers. Thought to be one of the companies that started the financial crisis in 2009, AIG is said to be "the new Enron" due to the charges of multi-billion dollar frauds.

Audit reports show that AIG's business model relies on underwriting results rather than investing the policy holders' premiums – in other words, AIG strives to pay out in claims less than they earn from selling insurance packages. Their devious practices, confirmed by former supervisors of claims departments, include fighting customers in court for years over obvious claims and intentionally delaying payments for a few months or even a year.

A good example of AIG's business model is a Safeway supermarket that burned down in Richmond. Nearby residents were affected by fire, but AIG refused each and every one of them because their homes were, allegedly, affected by smoke, not fire, and smoke was "a form of pollution" which was not covered by them.

Torchmark is another large general-purpose insurance company with the headquarters in McKinney, Texas. While they don't primarily deal with auto insurance, they are on top of the worst rated companies. Their primary market is low-income residents of the southern states – they offer cheap burial insurance, life insurance, car insurance and similar policies. The very founding of the company was with a fraud in mind – Frank Samford, one of the former Torchmark CEO's admitted that the company's sole purpose back in the 1900s was to funnel funds to its owners.

Their current practices include discriminatory practices based on race (claims from non-English speakers may be denied even when facts are more than obvious), as well as deliberately overcharging of premiums. Torchmark is only active in a few Southern states, but they plan on going nation-wide.

These are three of the worst rated insurance companies in the United States. Even though they have great financial ratings, you are highly recommended to stay away from them.

We have hundreds of nationally reputed auto insurance companies waiting for compete for your business. Whether you are buying a new policy or switching provider, we are here to help. Give us a go and see how much you could save today!